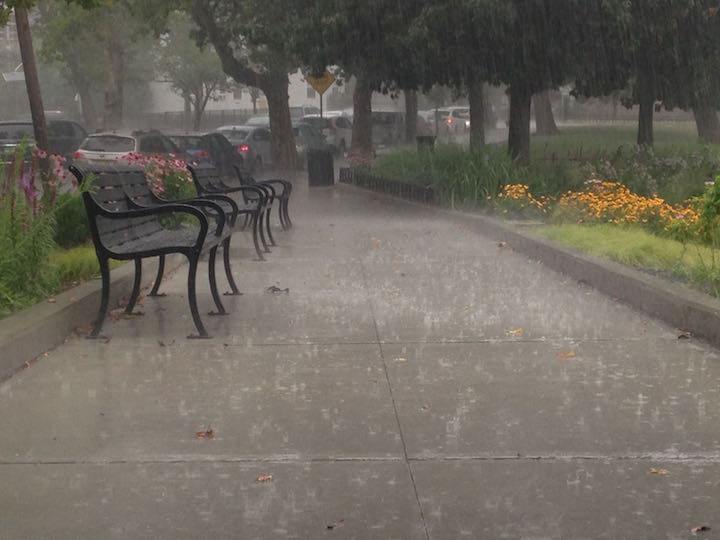 “I have come to bring fire on the earth, and how I wish it were already kindled! But I have a baptism to undergo, and what constraint I am under until it is completed.”

Some people say Jesus meant that it would be better for believers after He left and the Holy Spirit came because the Holy Spirit would be everywhere at once and He could only be in one place at a time. I have heard a range of pastors from Baptists to Pentecostals say this. I disagree. Yes, that surely is a benefit. But I will take having God inside of me to God beside me in bodily human form any day! Hands down.

How can it possibly be a more intimate, transformational experience to have God beside you than God in you? Is that even logical? Does it line up with anything Scripture demonstrates in the life of His disciples? Were they more powerful with Jesus standing next to them than they were when the Holy Spirit was within them?!?! Were they more knowledgeable with Jesus beside them? Could they hear God more clearly with God standing next to them talking than they could with God inside of them?

Perhaps I will answer the questions in reverse order.

Whether they had more knowledge with Jesus standing next to them than with the Holy Spirit inside of them begs the same logic. Jesus Himself never claimed that they did.

As far as power, did not Jesus tell them to stay in Jerusalem until they were clothed with power from on high? When Jesus was with them they all fled. One of them even fled naked. I am pretty sure if he was named in Scripture, we wouldn’t be so caught up noticing the doubting Thomas or denying Peter. Instead we would just say, “Whatever you do, don’t be like naked Nick!” or Joe or Cleopas or whatever his name was.

Where in Scripture is it demonstrated that the disciples were as powerful when Jesus was next to them as when He was in them? If so, then shouldn’t they have been able to drive out that rebellious impure spirit the moment Jesus came down from the “Mount of Transfiguration”? After all, He was suddenly beside them!

And as far as intimacy. What have you never kissed anyone? Have you never had sex? Are you about to tell me that walking next to someone without ever touching them is as intimate as being inside them? Would you trade never having sex with your spouse the rest of your life with always being physically present yet never actually touching? Is that a fair exchange to you?

For a long time this doctrine has plagued me because I simply don’t understand it. It is not logical. Where is it biblical? I greatly fear that the Church has used it to explain away Jesus’ words and excuse the lack of fire within it. Don’t get me wrong. Two of my favorite pastors/preachers teach this. One a Pentecostal and one not. I just don’t see it in Scripture.

Is the right answer when the Holy Spirit doesn’t look like fire and salt and power and intimacy in the modern western Church to explain Jesus’ words away? I would rather die than have you remove God from within me. I don’t understand this doctrine. Would heaven be heaven if I had to give up the Holy Spirit from within me to be there? I don’t know. Would not any life without Him be hell or at least the miserable constraint experienced under the grace of the Old Testament Law? And yes, the Law was grace; but that is a subject for another time.

Jesus came to bring fire on the earth and how I wish it could easily be seen that it is a roaring, all-consuming blaze! How I wish the Church would not quench the fire with excuses for sin and apathy but instead fuel it with holiness and passion for Him alone!! How I wish we would not explain away what we have not yet experienced but instead pursue it relentlessly!

“I have come to bring fire on the earth, and how I wish it were already kindled!” Jesus, the Anointed One