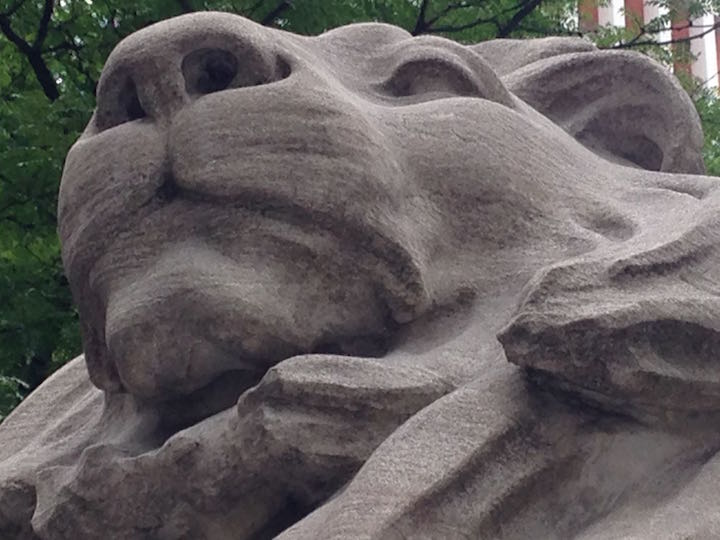 Have you ever participated in a prayer that made you scared the answer wouldn’t feel good? A few months ago, I was on the phone with a trusted confidante. I was pouring out my life and situation to them. They were listening kindly, and then we prayed.

Now this person only knows me of all the people in this entire situation in my life, so it was much easier for them to pray without respecting persons than it is for me. They could more easily see God’s will in the situation than I could. By respecting persons, I mean I might show favoritism based on how I feel about someone, whether I like them or whether they do favors for me. The Bible says that God is no respecter of persons.

So my trusted friend prayed, and I agreed. But there came a point, when my flesh wanted to scream, “No! Spare so-and-so!” because my friend prayed without respecting persons. “God, whoever is standing in the way of the Holy Spirit reigning in Hoboken, remove them.” What if one of the people who needed to be removed was one of my favorite people?? I bravely agreed with my friend in prayer. Yes!!! That is what I wanted too.

I mentioned the prayer session to some of my closest friends. They agreed that it was a holy prayer as well. That is what God wanted. God wants what is standing in the way of His Spirit to be removed. He wants His bride to be presented to Him pure and holy.

I bravely began to pray the prayer of my friend. I included myself in the list of people that I prayed God would remove if we were in any way standing in the way of His Holy Spirit powerfully moving in the city. God’s Holy Spirit reigning is far more important than whether I am here.

Honestly, I never expected God to provide a tangible answer. I knew it was a Spirit-driven prayer. I knew I prayed it while fully grounded and in Jesus’ name, but sometimes my faith fails. A part of me expected to simply have to explain the result of my prayer something like this, “This really must be the full extent of how God wants to reign here in the Church even if the Bible gives no indication that there is a time in history when what is alive will look so unlike what used to be alive. Everyone involved must be fully surrendered to God already. I am simply entirely crazy for thinking there is some lukewarmness here. I am the bad one. God really is reigning even if the Church doesn’t really look like the Church. Even if there are confessing Christians who are embarrassed by prayer or by their faith, even if it looks nothing like the New Testament, I am the one who is wrong. It’s not supposed to look like that anymore.” I expected to experience disappointment in who God actually was.

Yet I did pray while fully grounded or “in the Spirit”. There was some faith. It must have been the size of a mustard seed. But even in faith, I had no idea what an answer would look like. I had no idea whether there was a specific answer. However, the more I prayed, the more encouraged I became regarding my prayer. It’s what God wants. I can have confidence that He is a hearer and answerer of prayers prayed in Jesus’ name.

I have expanded my prayer. I have started to describe what I mean to God. Though now that I think about it, I suppose He knows what is holding His Spirit back far better than I do. Yet why not pray the most specific prayer I can? Someone once pointed out to me that if I wanted to see God answer prayers, then I would have to pray specific prayers. I don’t know if they are right or wrong, but I am accidentally applying that principle here.

“God, I pray that you will remove anyone in Hoboken who is in a position of spiritual influence and is lukewarm. Your Word says that You spit us out of Your mouth when we are lukewarm. I pray that they either become set on fire for You or are removed from their position. I pray that anyone in a position of spiritual influence in Hoboken who doesn’t actually believe that Your Word is the inherent Word of God will be removed from their position of influence. I pray for those who are living in secret sin, that their sin will be brought to light and that they will be removed from influential positions. I pray for their repentance or removal. I pray for the removal of anyone who is using their position of influence for their own social purposes instead of the coming of Your Kingdom. I pray that anyone who stands in the way of Your Spirit working would decide to move away or would be removed from positions of influence either by their own choice or by the choice of those around them. I pray for the cleansing of Your Church here in Hoboken, so that Your Spirit will freely reign. I pray that those who pretend to love You but don’t actually love You will be taken out of influential positions. May those who secretly love the world begin to openly choose the world. Do whatever it takes to purify Your Church, so that Your Spirit will reign here. And if it is I who stands in the way of Your Kingdom being built in Hoboken, then move me or take me Home.”

Then I do something wild and crazy like start lifting up the people I know by name. Not to tear them down, but to surrender them to God in the same way that I have surrendered myself. “Sovereign God, set us on fire for You, take us Home or move us; but don’t allow us to stand in the way of Your Kingdom and Your Spirit.”

Now I have spoken way more than I intended about one little part of what I was going to say this month, so I guess this is a series instead of a single article. We shall see…