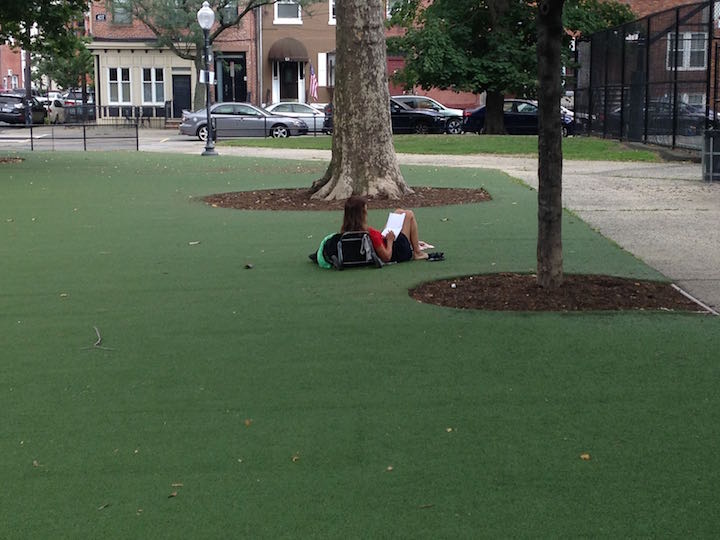 “Consider it pure joy, my brothers and sisters, whenever you face trials of many kinds because you know that the testing of your faith produces perseverance. Let perseverance finish its work, so that you may be mature and complete not lacking anything.” James 1

Part of me is tempted to just quote Bible verses instead of actually saying anything original. This is partly because God can do a better job of talking than me. It is also partly because I am not quite sure what I want to say. This topic makes me super emotional. Never have I experienced God like I have experienced Him in learning that He is all I need. He is a gracious God. He doesn’t want me to have so much that I would forget Him. He doesn’t want WHAT I have to make me forget WHO I have. This God, who says I cannot serve both Him and money, defines spiritual maturity as a condition in which I will not lack anything.

What does it mean to have all I need?

I think of one of my favorite passages in Scripture, where a prophet who is enduring extremely unpleasant circumstances declares, “Though the fig tree does not bud and there are no grapes on the vine, though the olive crop fails and the fields produce no food, though there are no sheep in the pen and no cattle in the stalls, yet I will rejoice in the LORD. I will be joyful in God, my savior. The sovereign LORD is my strength. He makes my feet like the feet of a deer. He enables me to tread on the heights.”

Like this prophet, I have begun to draw a great amount of comfort from the sovereignty of God. Man can do nothing except that which God permits him to do. Man’s breath is in His hands. All He has to do is say the word for man to be no more. “Man proposes; God disposes. Man plans; God laughs.” Not a Scripture passage, but it sure is fun to say.

I think of the passage where Paul says he has learned to be content in all circumstances. I wonder what that means. Did it mean that he became so consumed with what was eternally significant, that it simply made little difference to him whether he was eating beans and rice or lobster? When he ate lobster, did he relish all its goodness or as he did so did he wonder how many hungry children he could have fed with the same amount of money had he chosen a simpler meal? Was he so focused on living for Christ and following the Spirit that what he was eating or where he was sleeping simply did not matter? Was there a certain amount of apathy about such a small detail in his life? If he was actually content in all situations, then wouldn’t he richly enjoy and appreciate God’s creation just as much when he was eating beans and rice as when he was eating lobster? If he did so, why would he ever choose to eat lobster?

“The LORD is my shepherd; I shall not want.” A beautiful psalm, yet most of my life this phrase never really touched me. I wanted a lot; its message seemed unattainable.

Undoubtedly the passage in James goes far beyond finances. The all-inclusive promise that I will lack nothing when perseverance has finished its work includes emotional, relational and spiritual needs.

When I was very young, I was given a worksheet in school. On it, there were “needs” and “wants”. I was supposed to circle the needs (and probably put an X over the wants – something like that). At a very young age, it was drilled into me that from a physical standpoint, I needed three things: food, shelter and clothing. Everything else in life was a want, and I would never actually “need” it.

I have come to the conclusion that this wasn’t taught to most people in first grade… or in any other grade either.

As I walked home the other day, I considered what God has actually promised regarding financial security if I follow Him completely. I have concluded that He has only promised me food and clothing. After all, did not He Himself challenge a potential disciple, “Foxes have dens and birds have nests, but the Son of Man has no place to lay His head.” Does He promise me what He never promised His disciples – a home on earth?

I don’t know. I do know that right now I do not lack anything. And I know that when I am spiritually mature I will live day-by-day knowing that I have absolutely everything I need to prosper and fulfill His mission for me that day. When mature, I will not look for solutions to what is lacking because I will deeply know that I lack nothing.

At first as I wrote this article, I thought of “not lacking anything” solely as a state of contentment. As I continued to mull it over, I considered that James more likely meant that it was a state of ABUNDANCE. I can live life abundantly because Jesus has given me life in abundance. I can lack nothing and be free to be a vessel of His divine love. I can overflow with love, joy, peace, patience, kindness, goodness, faithfulness, gentleness and self-control. I can extravagantly share all my material possessions when I realize that I do not lack anything now and never will.

May perseverance finish its work, so that I may be mature and complete.